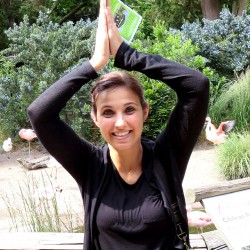 Heroes Are My Weakness by Susan Elizabeth Phillips - Review 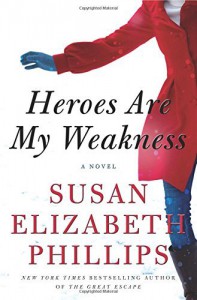 I have read almost every single book by Susan Elizabeth Philips. I love her writing style. I love her stories. But most of all, I love her “Chicago Stars” and “Wynette, Texas” series. Unfortunately, in the last years Philips had focused on stand-alones. While I still liked those books, they never reached the greatness of her book series. Heroes Are My Weakness has the exact same problem.

Heroes Are My Weakness is about “a reclusive writer whose macabre imagination creates chilling horror novels [and] a down-on-her-luck actress reduced to staging kids' puppet shows. He knows a dozen ways to kill with his bare hands. She knows a dozen ways to kill with laughs. But she's not laughing now. When she was a teenager, he terrified her. Now they're trapped together on a snowy island off the coast of Maine. Is he the villain she remembers or has he changed? Her head says no. Her heart says yes.” [Goodreads]

Anyone reading Phillips’ books shouldn’t expect any big surprises. The stories are always the same: first the main characters hate each other, then they love each other. It is what her readers expect. It is what I expect.

trouble with the female main character.

Annie Hewitt is quite likable. She has only one fault that I couldn’t get over with. She is a grown-up woman and talks with her puppets. In her head. Complete dialogues and all. I just couldn’t. I started to skip over those parts because I just didn’t know what to think of it. All her puppets had certain characteristics and she argued with them and got advises from them. I just was completely thrown off-balance. Why would she do that? Does she have a mental illness? Is she hearing voices? Is she schizophrenic?

I know that she is not. I know she is a healthy, sane woman, but I can’t wrap my head around why she would talk to her puppets LIKE THAT. She would analyze complete relationship problems with them like you would with your best friend. Luckily those dialogues appeared less and less towards the end.

Another problem I had with Annie was her irrational paranoia with Theo Harp, the male main character. I understand that he treated her badly as a kid. And I probably wouldn’t trust him, as well. But why would she think that he wanted to kill her? What kind of motive would he have? And if she really was that convinced that he wanted to kill her why would she go back to him again and again?

Don’t get me wrong. I still enjoyed this book. I just didn’t love it. Mainly because I didn’t always like Annie.

On a side note: can someone tell me why the German publisher thought this sunny, beach-like cover that conveys the feeling of summer would be a good cover for a book that takes place during winter on a cold, in snow covered island?